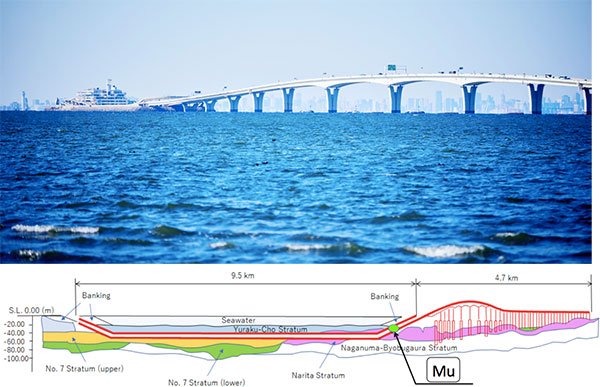 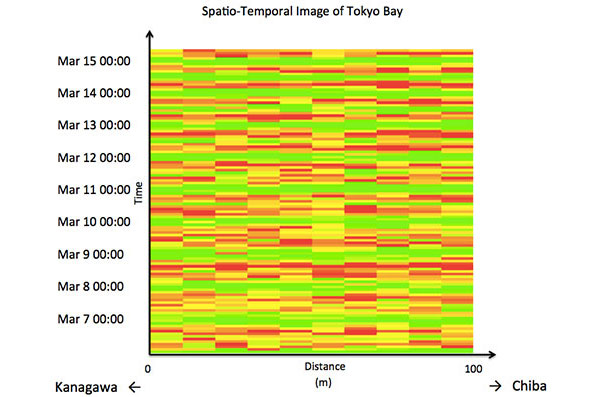 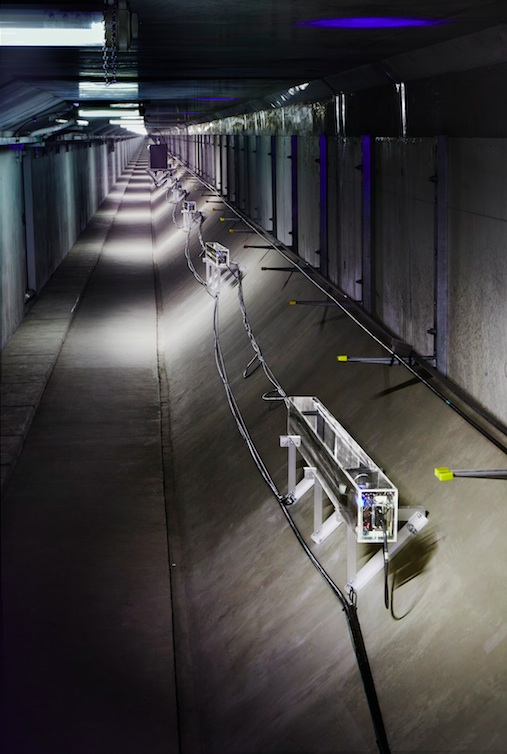 The University of Tokyo: Real-time measurement of tsunami and tide level: The detectors see muons.

Key points of the announcement:

The undersea muography sensor array was installed for the first time in the world.
For the first time, we succeeded in real-time measurement of the astronomical tide level in Tokyo Bay.
Muography:

Muography has been successful in seeing through terrestrial areas such as volcanoes, nuclear power plants, and pyramids.

This is the first time that muography has been deployed in the sea.

Expand sensor array in the future:

Abnormal waves caused by earthquakes, tsunamis, and low pressure systems can be imaged before reaching Tokyo.

It is also expected to be used for exploration of natural gas resources that sleep in Tokyo Bay.

The first trial of an undersea sensor array

to detect rapidly changing tidal conditions in Tokyo Bay has been a success.

uses particles generated by cosmic rays called muons to visualize variations in depth and density of the sea and seafloor above it.

When this array is expanded,

it should provide sufficient resolution to monitor the area for potentially dangerous natural disasters and aid the search for natural resources such as gas deposits.

The Tokyo Bay Aqua-Line
is a roadway that connects Haneda Airport with Chiba Prefecture to the east.

Its longest section
is a 9.6-kilometer-long tunnel that extends 45 meters below sea level.

This tunnel
is primarily used for road traffic, but has now also become home to a unique scientific endeavor.

It now houses around 10 special muon detectors within its service tunnels to the side of the road tunnels.

This may seem like a strange place for such things as they cannot possibly see the sky.

But this is because what they do see is no ordinary kind of light.

These particles
are created in the atmosphere and pass through ordinary matter with ease.

They are only slightly affected
by the amount and density of matter they pass through, but the slight variations that result from this can be picked up by these highly specialized detectors.

The University of Tokyo