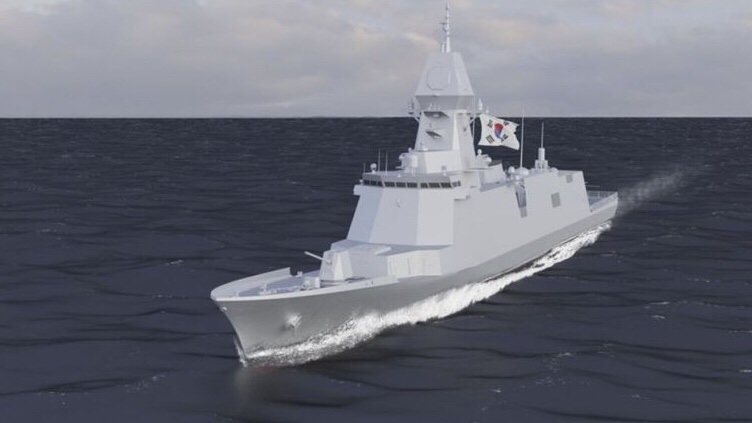 which has been signed with South Korea’s Defense Acquisition Program Administration (DAPA), was announced on 16 March.

The vessel is the first of six 3,500-tonne frigates planned for the batch.

The contract covers detailed designed work and construction of the first-of-class.

HHI received the contract to carry out basic design work for the batch in 2916.

It will feature a hybrid electric and gas propulsion system, and can attain a maximum speed of 30 kt.

The frigate can utilise its electric propulsion systems during anti-submarine operations to minimise its acoustic signatures.

Accordingly, the vessel will rely on gas turbine propulsion when it needs to operate at high speeds, said HHI.

HHI also noted that the warship will be equipped with a four-sided fixed multifunction phased array radar “capable of 360-degrees omni-directional detection, tracking, and engagement”.